Menu
Search
Shopping cart
The BMW DCT Swap FAQ- SuperK does One Lap of America (again) with it's DCT trans. VIDEO SERIES
Back to All Blog Posts

Each year for the past 4 years we have made big changes to SuperK between Thanksgiving and New Year, and then in January we have taken the car to Barber Motorsports Park in Leeds, AL for a winter shakedown. In 2018 it was the first shakedown of the original K24 swap in the car, in 2019 it was the initial test for the supercharger, 2020 was our widebody and turbo test and this year in 2021 it was the initial test of our DCT transmission utilizing the HTG GCU (read more about DCT swaps in our DCT FAQ - Here). Well, that was the major change. We also installed a wisefab kit and a ford 8.8 diff conversion.

Each of these major changes come fraught with potential unforeseen problems and issues, after each major change the car may "just not work" and send us back to the drawing board. So we always try to manage our expectations going into these tests, we are prepared to not be able to turn many laps, but also prepared to learn everything we can from the laps we do turn. Fortunately each of these tests have been hugely successful leaving us with just a few small things to fix. 2018 we had an issue with MAP sensors popping out, 2019 we had a supercharger belt that was shredding itself, and 2020 we had some tire clearance issues. All were solved promptly upon the car returning to the shop.

While this history gave us a certain amount of optimism, all those previous upgrades didn't change the way the car fundamentally worked. With the DCT we have changed the way the car operates, taking some control away from the driver and putting it in the hands of the computer. That brings it's own set of potential pitfallsl; if the computer doesn't behave the car cannot move... Or maybe it will move and we can't stop it... There was plenty of reason to be anxious.

In the run up to the test we had done a lot of tuning of the transmission on the dyno to get take-up (pulling away from a stop) and upshifts tuned as well as we could, but with so much of transmission tuning coming down to feel, there is no substitute for road/track tuning. Speaking of tuning, there is a lot to tune. To tune the way the car pulls away from a stop there are no fewer than 5 tables in the GCU to tune. To tune an upshift there are 7+ tables in the GCU to tune, plus tuning what the engine should do during a shift in the ECU, a similar number for downshifts. Tuning for all loads, and all temperatures is a lot of tuning to be done, all with no 'base maps' available to start with and only minimal community knowledge to rely on.

Pulling off the trailer Thursday night we took the car for a drive around the paddock and access roads, we found that the car took off beautifully in 1st gear. Low load 1st - 2nd and 2nd - 3rd shifts were pretty rough, but med-high load shifts felt good. Take-up in reverse was also a little harsh, so we tried to tune that out a little bit, but it was generally a low priority issue.

Session 1 - The test event we were at was an HPDE put on by Just Track It. The format was a typical HPDE with 8-9 total available 30 minute sessions available to us over 2 days. On day 1 session 1, the instruction to me was to go out, be very easy on the car and just cruise around the track for the full session. See if it could drive for a 30 minute session and shift into all gears. So I did that, cruising around with no more than 50% throttle and shifting around 5k rpm. The car drove great for 30 minutes, other than the 1-2 shift coming out of the pits and a little harshness on downshifts. It survived session 1 which was a huge accomplishment.

Between sessions the car went up on jack stands and was checked over.

Session 2 - the instructions were more of the same, but push the car a little harder, see if it can last for 30 minutes. So again I went out, this time going to 75% throttle and shifting around 5,500rpm. After about 20 minutes of the session, the transmission became unresponsive. It was stuck in 5th car and wouldn't respond to commands from the paddles. So I cruised in 5th back into the pits and power cycled the car. After power cycling the car would respond to commands again, but would not engage a gear. Looking at the diagnostics we saw the transmission temp was up to 165 deg C. This was much higher than the recommended maximum temp of 120C. We spoke with the makers of the GCU about our overheat issue and learned that once everything cooled off the only real issue we might see is that some of the smooth operation of the transmission may be lost with the cooked fluid. So we decided to keep testing.

Between sessions we changed the PDM configuration to ensure the trans cooling fan was always running, and we added alerts to the main dash to let the driver know if the transmission was getting hot.

Session 3 - was a test to just go and drive the car and make sure it was ok. Bartek from HTG was right, all the smoothness in take-up was gone making it tough to get moving smoothly, but we could still get moving. Other than rough take-up the car drove great, but we encountered an issue where the engine was cutting out after most upshifts and when rolling on throttle at around 5k rpm. After the session that was diagnosed as the car going into boost-cut, that was corrected in the ECU so as not to be an issue for future sessions.

Session 4 - the car drove perfectly, and this is the session that we got the below video from. We took the car out again to run it as long as we could in the session, now we are doing some full throttle pulls and are shifting at up to 6,500rpm. I drove the car until the transmission reached it's temperature limit and then parked it for the day. IT DROVE GREAT!! It handled really well, the shifting was fantastic but it's such a strange feeling to drive an S2000 with no clutch pedal.

This is where day 1 ended, and we left the track feeling very pleased. We had worked through a few minor gremlins, none of which were DCT related, found an issue that needed to be corrected, and importantly the car made it out for every session. We really felt like we'd accomplished everything we needed to for the whole weekend in just the first day.

Sunday was really more of the same, we took the car out for 3 sessions, pushing it a little bit harder each session and it did not let us down. Each session we were able to drive it until we reached the transmission temperature and then brought it in. Fantastic.

We left mid-afternoon on Sunday in a very upbeat mood. The car had made it on track every single time we asked it to, and every time it was able to drive into the pits under its own power. We also left knowing we have a couple of things to fix:

Overall the test was massively successful and went the way of all of our annual Barber tests. The car saw more track time than we expected, but we have some things to work on before she's in competition shape. Speaking of which, competition is right around the corner, we'll be heading to NCM in mid-April with Gridlife to start the defense of our Street Mod championship. Hope to see you there! 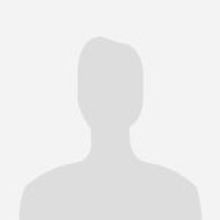 1/21/2021 3:16 PM
I've only started following you closely in 2020. But these updates of your work are amazing, inspiring and so damn interesting I love it.
Please keep up with the updates.
Guest

1/21/2021 3:53 PM
Nice work. Lots of good information in all of that 1) the sheer amount of tuning the DCT needs. I love to see you guys really hone in on that and break it down. Lots of people need that support or just some accomplished help . 2) how important temperature control is